Indigenous peoples seek recognition under international law of their collective human rights to govern themselves within their traditional homelands. They seek assistance in defending their homelands against environmentally destructive and culturally devastating so-called “development.” The Draft Declaration of the Rights of Indigenous Peoples (Draft Declaration), which is under consideration in the United Nations (UN), declares that indigenous peoples are entitled to certain enumerated human rights, including the right of self-determination, and that they are entitled to assistance from national governments and the international community in exercising these rights.

If we can assume that the Draft Declaration eventually will be adopted by the United Nations General Assembly with substantive provisions acceptable to indigenous peoples, that adoption will constitute the formal reversal, as a matter of international law, of hundreds of years of practice by the world’s states. Achieving widespread reversal in nations’ actual practice will be much more difficult. Established patterns of dominance over indigenous peoples, and exploitation and expropriation of their homelands by nations with more powerful technologies and domineering worldviews, will take time and effort to change. The recognition in international law of the human rights of indigenous peoples will be an important step in the right direction, but it certainly will not be the end of the struggle. Rather, it will only begin a new era of the struggle.

In this new era in which human rights of indigenous people are recognized, a major theater of action will be the reform of national laws. Some indigenous peoples can expect to seek recognition as fully independent states, but most will seek recognition of some form of autonomous self-government within existing states. The experiences of the American Indian tribes and nations within the United States of America hold many lessons, both positive and negative, relevant to the fashioning of workable arrangements for indigenous autonomy. This article examines the US model for self-government by Indian tribes in the field of environmental protection.

In the United States, as in many other countries, national policies have encouraged or forced indigenous individuals to assimilate into the dominant society. These policies have been abandoned in the United States, but their legacy remains. One aspect of this legacy is the fact that on many reservations a large percentage of residents are not tribal members, either Indians of other tribes or non-Indians, and many of these people are landowners within reservation boundaries. Tribal governments now face the difficult issue of how to accommodate the legitimate interests of nonmembers, including their human rights, while still carrying on tribal self-government. Although it is difficult, we think that this issue can be resolved.

This article explores this issue and suggests a general approach that tribal governments might take in the field of environmental protection. Although we focus on the rights and interests of nonmember reservation residents, we think the suggested approach also would be useful in providing some structure in which non-Indians who are not reservation residents, such as neighboring landowners and public interest organizations, can interact with reservation Indians on environmental issues that cross jurisdictional boundaries. If tribes in the United States can fashion ways of accommodating the interests of nonmembers, we think that indigenous peoples in other parts of the world would be interested in the approaches taken by US tribes.

Part II frames the issue in the context of international law, focusing on the emerging law of the rights of indigenous peoples and on some of the relevant existing human rights norms. To simplify this framework, we focus on one of the most essential aspects of human rights law: the idea that governments are vested with sovereignty as part of a social compact and that the just exercise of sovereign powers must reflect the consent of the governed. In Part III we offer some observations on Indian experiences with the US model of the social compact. Throughout much of US history, the federal government has asserted power over Indian tribes with very little regard for niceties such as the consent of the governed. We believe that efforts to bring nonmembers into a present-day tribal social compact must be built upon an appreciation of the historical pattern of disregard for consent on the part of Indian people. This part also critiques recent US Supreme Court decisions that severely undercut the doctrine of tribal sovereignty. The Court majority appears to be quite concerned about hypothetical infringements on the rights of nonmembers, especially non-Indians. At the same time it routinely disregards, denies, or flippantly acknowledges the lack of tribal consent to the historical imposition of federal laws, the very laws that set the stage for the current situation in which the rights of nonmembers figure so prominently in the Court’s analysis.

Part III includes an overview of the law of environmental protection in Indian country in the United States. It discusses the approach taken in recent amendments to the major federal environmental laws, amendments that authorize tribes to assume roles in carrying out these federal laws similar to the roles performed by state govern¬ments. We see this as a manifestation of the US social compact that presents tribal governments with an historic opportunity and an enormous challenge.

Part IV proposes a framework in which tribal governments could provide nonmembers with meaningful opportunities to participate in tribal environmental protection programs. We suggest that tribes go well beyond the minimal requirements of the Environmental Protection Agency’s (EPA) regulations and enact tribal legislation that would give nonmembers a real sense of enfranchisement. Mainstream environmental groups could help tribes to build effective environmental protection programs. By building effective tribal programs, tribes will also be cultivating public support for their programs because the tribes will be serving a broad range of public interests. Public support will help tribal programs to withstand the challenges that are sure to arise, and public support will be especially important when those challenges are resolved in the legislative arena.

Dean B. Suagee and Christopher T. Stearns are both Of-Counsel Attorney's for the law firm of Hobbs, Straus, Dean & Walker, LLP

Florida's War On Indian Gaming: An Attack On Tribal Sovereignty 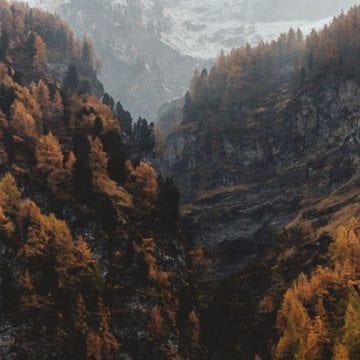