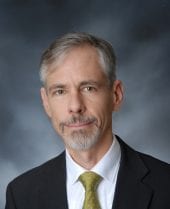 Michael Willis first joined Hobbs Straus as a law clerk in 1997. After spending 2003-2004 as a democracy officer with the U.S. Agency for International Development in La Paz, Bolivia, Michael returned to Hobbs Straus in 2004 and became partner in 2006. Drawing from his work with indigenous communities and organizations in Bolivia — and nearly a decade of human rights work in Guatemala — Michael helped launch the Firm’s international indigenous rights practice area. Representing Americans for Indian Opportunity (AIO), Michael designed activities and drafted funding proposals to enable AIO to work with indigenous Bolivians. This strengthened their ability to promote inclusive, democratic processes for indigenous culture and identity.

Michael practices in the areas of tribal transportation, trust reform, and the federal-administrative process for tribal recognition. He has extensive experience in tribal risk management and the application of the Federal Tort Claims Act to Indian Self-Determination and Education Assistance Act agreements. He testified on that subject before the Senate Committee on Indian Affairs (July 2000), and published, with S. Bobo Dean, “Tort Liability under the Indian Self-Determination Act,” in the Oklahoma Supreme Court’s Sovereignty Symposium XIV (2001).

Michael was the primary drafter of the amicus curiae brief submitted by the Intertribal Transportation Association in the Wagnon v. Prairie of Potawatomi Nation, 546 U.S. 95 (2005) fuel tax case before the Supreme Court. In the trust reform area, Michael worked with the United South and Eastern Tribes to encourage a legislative settlement of the Cobell v. Norton, 240 F.3d 1081 (D.C. Cir. 2001) lawsuit and promote greater tribal involvement in and oversight of the government’s management of trust assets. He was the primary drafter of the first amicus curiae brief submitted by the National Congress of American Indians in the Cobell v. Norton litigation.

Michael is a musician whose 2003 CD was awarded a “Wammie” by the Washington Area Music Association for best urban-contemporary release.