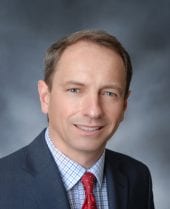 Joe Webster’s long standing interest in Indian issues and policy motivated him to practice Indian law. He joined Hobbs Straus in 1993 and became a partner in 2002. He focuses on Indian gaming, economic development, self-determination, and taxation. Joe also serves as the firm’s managing partner.

Joe is recognized for his knowledge of and experience in tribal rights under the Indian Gaming Regulatory Act, and is a member of the International Masters of Gaming Law. He represents tribes before the National Indian Gaming Commission (NIGC) and the Department of the Interior (DOI), as well as in federal court. He was the primary drafter of the 2004 Oklahoma Tribal-State Gaming Compact. He represented the Seminole Tribe of Florida in the negotiation of the landmark 2010 Gaming Compact with the State of Florida and in subsequent successful litigation over the Tribe’s right to continue offering banked card games. In 2016, Joe represented the Agua Caliente Band of Cahuilla Indians in its successful effort to negotiate an amended gaming compact with the State of California. Joe also has represented tribes in the Class III secretarial procedures process before the DOI.

In the area of Class II gaming, Joe advises tribes on the scope of permitted games, especially those using technologic aids. He helped to obtain groundbreaking Class II advisory opinions from the NIGC Office of General Counsel on linked electronic bingo games and works with tribal and industry representatives to defend against regulatory and legislative efforts to restrict tribal Class II gaming rights.

Joe negotiates contracts and compacts under the Indian Self-Determination and Education Assistance Act (ISDEAA) and has defended tribal rights under the ISDEAA before federal courts, the Interior Board of Indian Appeals and the Departmental Appeals Board of the Department of Health and Human Services. He successfully represented the Norton Sound Health Corporation against the Indian Health Service for unpaid contract-support costs and has lobbied Congress and the administration on contract-support issues, including funding needs.