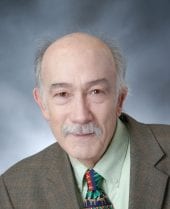 Dean Suagee is an enrolled member of the Cherokee Nation of Oklahoma. He was motivated to become a lawyer and practice Indian law by his knowledge of history, awareness of damage being inflicted on the natural world, and a basic sense of justice. Specializing in environmental and natural resources law and cultural heritage preservation, he joined Hobbs Straus in 1988 as an associate, and has been of counsel since 1993.

From 1998-2002, he served as director of the First Nations Environmental Law Program at Vermont Law School, where he taught Indian Country environmental law and directed a legal clinic. Dean is a frequently featured speaker at conferences and instructor for continuing legal education programs. An active member of the American Bar Association (ABA) Section on Environment, Energy, and Resources, he is chair of the Native American Resources Committee and a member of the editorial board of Natural Resources and Environment, an ABA quarterly journal.

The Supreme Court’s “Whack-a-Mole Game Theory in Federal Indian Law, a Theory That Has No Place in the Realm of Environmental Law,” 7 Great Plains Natural Resources Journal